I don’t know how many of you are familiar with this concept, but in Croatia, many Mountaineering and Caving Associations organize Speleology schools. Ever since I’ve enrolled into my Bachelor’s degree in Biology, it was my dream to explore caves. I often talked about with my friend Mia – we tried to imagine how would it be deep in a cave, talked it all over numerous times with our colleagues, and, most important of it all – debated which school to choose?! In that, we had a help of my very dear then-friend who recommended the Association he was a part of – Mountaineering Association Velebit. If that name rings a bell, it’s is because Velebit is the largest mountain range in Croatia, and tourists often get lost on it during summer hikes. Velebit is also a home to two Croatian National Parks (Paklenica and Northern Velebit) and one Strict Reserve (Hajdučki i Rožanski kukovi). The yellow colour flowered plant, Degenia velebitica, is endemic species in the region, which is blossoming with flora and fauna. Also, largest and deepest caves in Croatia are located on (in) Velebit, so the name is more than appropriate.

Honestly, it’s a bit difficult to write this, because during those two months, I’ve experienced extreme difficulties and changes in my personal and professional life, and when I look back, I still get very emotional about certain aspects of my life. Also, I’ve written twice about it already (both articles in Croatian) – for In Vivo, student journal I’m editor-in-chief of, and for Velebiten, official magazine of Mountaineering Association Velebit.

The duration of the school was something less than two months, due to Easter holidays break. Our excursion happened over 5 weekends, apart from the first one, which one only Saturday. One very special rule of our school is that we don’t sleep in tents – we are improvising them using tarpaulins 😊 School consists of 20 students, and approximately the same number of instructors, both seasoned speleologists and the ones who finished the school previous year. First excursion, I was so excited and couldn’t wait to get in the cave, but almost gave up the whole school, because I had difficulties walking a steep hiking trail. However, thanks to support to one of my friends, I successfully made it and entered Veternica, a famous cave in Zagreb. Veternica is part of Medvednica (Bear mountain), with its highest peak at 1035 meters being Sljeme. Despite its name, there are no bears here! Veternica is a very long and highly complex cave – it is more than 7000 meters long. Tourists can view around 400 meters of this, while the rest is reserved for cavers and explorers. Geologically, Veternica is made of limestones, and harbours large evolutionary heritage. Remains of Neanderthals have been found in the cave, which have been worshippers of the cult of a bear. Cave bear, to be precise (Ursus speleus), and a fossil of a large lower-jaw was found in the cave as well. Today’s most famous cave dwellers are, naturally, bats, and more than 10 species call Veternica their home.

The whole experience was simply breath-taking and overwhelming – figuratively and literally, because I managed to break and bruise somewhere around five ribs. The event is probably more dramatic in my head – during the way back from a small “room” called The Beach, I was feeling a bit tired, after walking around 2 kilometres through mud, cave rivers, climbing all around, and trying not to fall. Veternica (and most of the caves) are not as you seen them in movies, huge and vast. This cave is wide enough for people to walk almost without squeezing through, but it requires using all four of your limbs, sometimes jumping from one side to another, no-gear climbing, and one particular part, called “Ramses’ passage” required us to walk on all fours, almost in a push-up position. At that time of the year (March), Veternica was full of water, so we were quite wet, and the rocks were slippery. Anyway, the part where I slipped is a bit difficult to describe, but I had to walk over a small canyon, one foot in front of other. To the right, fall down the canyon, but through the crack. When I slipped I hit the opposite wall and leaned on it hard, still standing on the initial path. I started slipping down; heard some soft bone cracking in the middle of loud water hums. I wasn’t scared, just in a sudden pain that didn’t leave me enough time to think, when a voice said, “I got you!” from below, paired with the feeling of someone supporting me. It was one of the experienced instructors, Luka, whom I didn’t even notice was close to me. He checked on me immediately, and asked if I wanted to take a break, which I immediately refused, explaining that since I’m in an adrenaline rush, and stopped feeling any kind of pain, I’d love to continue. Luka was with me for half the way, with one of my friends (also a highly experienced caver) taking over.

Picture 1. Me, during various stages of school

Somehow, this accident only motivated me even more for my next task – to climb up and down 30 meters tall rock. There are no words to precisely describe the descend, when you are experiencing this for the first time. It’s scary how small people look like, even from that height! This particular rock is called Gorsko zrcalo (“Mountain mirror”) and is also part of Medvednica, but on the opposite end of it. It can be found in the middle of the forest, along the popular hiking trailer, and, on the first look, it doesn’t seem scary. At least when you don’t look down! This was my first time using the gear outside the training area (which we visited a day earlier), and I didn’t really trust it. I feared that I will fall out of my harness or that I will fail to properly secure my stop-descender. However, I climbed with one of the calmest instructors, so I forgot all about this – my only problem was un-securing the aforementioned stop-descender.

Picture 2. A view of Gorsko zrcalo; climbing up; my instructor calming me down before descend (Photo 2: Marko Rakovac, Photo 3: Darko Jeras) 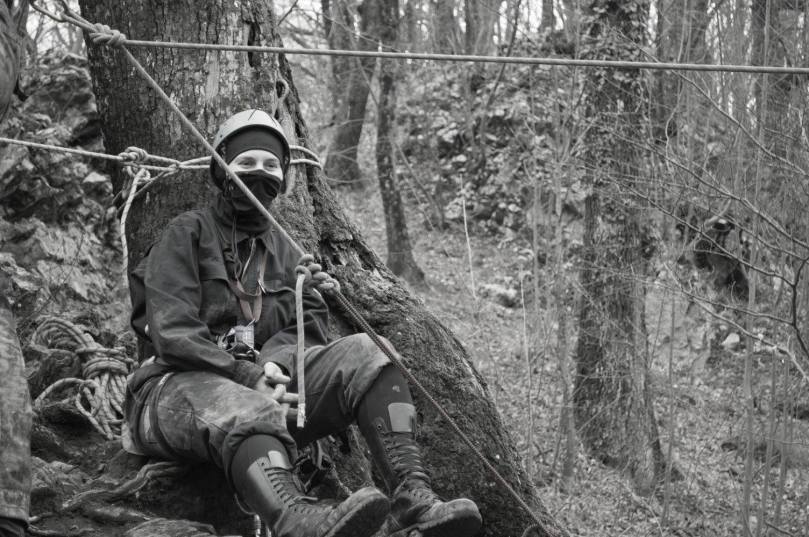 Picture 3. Happy that I climbed up, trying not to scream in a slight rib-pain (Photo: Darko Jeras)

All three other weekends were proper excursions to Gorski Kotar, where we would stay overnight, eating dinner around camp fire, the only warm place miles around. We were always tired, but happy and satisfied, because we managed to move our boundaries, get to know something new, meet new people and develop acquaintances.

Getting to know each other isn’t just a pleasantry – it could be life-saving. It’s crucial to know on whom you can rely when things go wrong and your life depends on someone. This might sound a bit grim, but it’s quite realistic (just remember my broken ribs – if one of the instructors wasn’t there to catch me, I would probably end up with punctured lung, 2 kilometres deep in a cave). Panic is also common, and it’s rewarding to know person well enough to calm them down when climbing back up 150-meter-deep pit.

During those three weekends, we visited four different caves, although to me, a novice caver, most of those experiences merged into one. However, I’m not implying those caves are that similar, but I was rather focused on successful descends and ascends, using my equipment correctly, and passing some tricky passages. Also, there is no a simple “rope down the pit” way – the rope is “broken” to anchorages, and there is a particular set of procedures to pass it. What I really love about caving, is that you don’t think of anything else. There are no worries, or planning (apart maybe what to eat when you get out); you are present in the given moment, focusing only on task at hand. And by that, I mean rope. You are focusing on the rope. 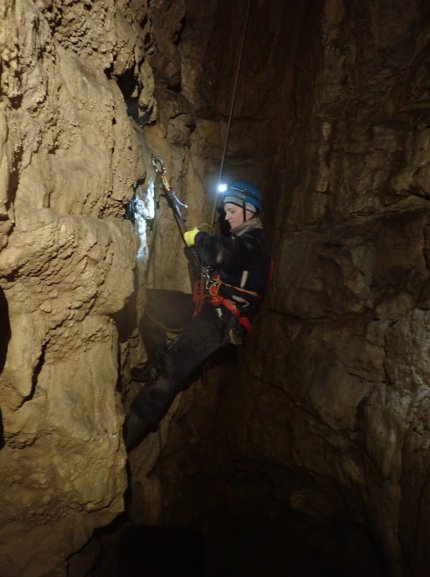 Picture 4. In the cave, in the pit… (All photos: Dalibor Paar)

There is not much life in the caves, most what you hear are voices of your colleagues, and water dripping, sometimes slowly, sometimes in a waterfall. Lamps are a necessity (with the rest of the gear!). But the cave walls are stunning, all the number of shapes and how they sparkle under the head-lamp, it’s mesmerizing. Exiting the pit is almost an experience on its own – there is that almost euphoric feeling of being truly overwhelmed, by the mixture of outside light, colours and sounds, with the scent of nature intertwining with the moisture of inside…

The whole of speleology is actually rewarding. It’s not just the school and people you meet, it’s more than simple climbing down and up. Caves are a new world, full of new situations and experiences. And it’s all worth it, if for nothing more, to push yourselves a bit more. I would recommend speleology school to everyone, even if you might not want to repeat this kind of event ever again.

Do you think caving is a bit scary? Are you going to try speleology? Are you perhaps a caver already? Feel free to comment and let me know!

Hello!
My name is Emina, and I’m a MSc student (Molecular Biology) in Republic of Croatia.
My scientific interests are neuroscience (neurodegeneration) and bioinformatics. I enjoy spending my time in nature; exploring, caving, and documenting.
About me. 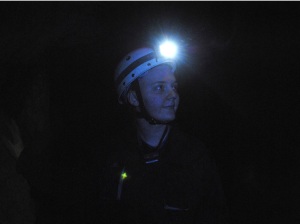 Join me in my #scicomm adventure!